In this article we will learn about Inheritance in Python.

In Inheritance, we derive new class from an existing class.

Inheritance is a very powerful concept in object-oriented programing.

Let’s understand by an example:

Let us say that the online shopping app wants to sell different types of phones:

The below are the class diagrams for both the classes:

We can see that both the class have a lot in common. This is because they both are ultimately phones and each is just a special type of phone.

Since both the classes are of type phone, we can create a phone class with the common attributes and methods and make these two classes inherit those attributes and behavior, as shown: 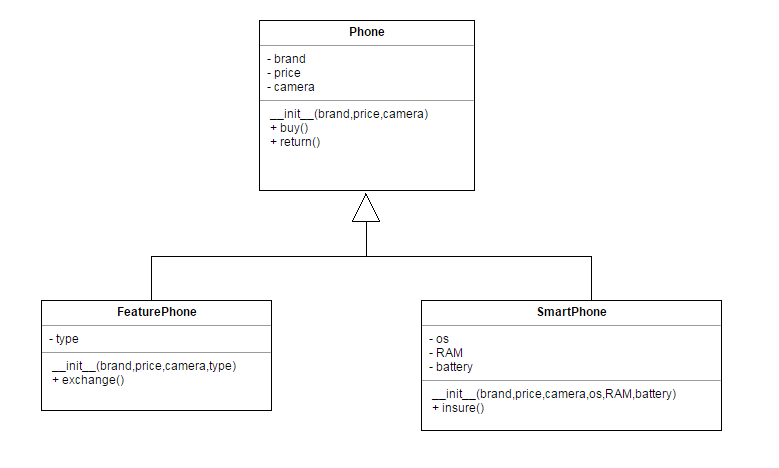 There are three main advantages of inheritance:

To create an inheritance relationship between the classes, mention the name of the parent class in brackets as shown: class Phone:

A child class can access everything a parent has, but a parent class cannot access anything from the child class.

Inheritance can come in many forms as below:

End of inheritance in python article

Thankyou for reading the full article, if you have any question regarding the article please comment below.

Get the best viral stories straight into your inbox!

What do you think?

Powered By
Back to Top
Close Create

Hey Friend!
Before You Go…

Get the best viral stories straight into your inbox before everyone else!

Don’t miss out on new posts!